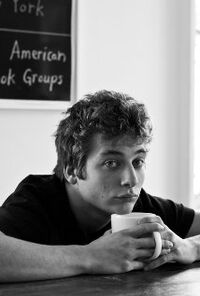 Jeremy Allen White was born on February 18, 1991 and is an actor known for playing Phillip Gallagher in the US version of Shameless.

Jeremy has appeared in several films including Beautiful Ohio, The Speed of Life, Afterschool, Twelve, and Movie 43.

Prior to meeting each other, Jeremy's parents had both moved to New York City to pursue careers in acting. After meeting, performing on stage together for several years, marrying, the couple ended their acting careers and obtained jobs that would help them support their new family.

Throughout elementary school Jeremy was a dancer, specifically ballet, jazz, and tap. At the age of 13 upon entering a new middle school dance program he had a change of heart and decided to give acting a try.