Debbie shows up at the church with Franny; Ian brings Caleb to meet the family; Frank reveals that Sean is a practicing junkie; Sean is desperate to keep his son in his life.

Much later, Kev, Veronica, Svetlana, Caleb, Ian, Carl, and Debbie kidnap Frank by putting him in the trunk of car. The group carry and throw the screaming Frank off of a bridge into the freezing river. With this done, they leave the area and laugh at being free of him.

Lip arrives home from a meeting and talks with Debbie about their father's location. Debbie casually states that they think he might be dead and nobody talks about it. Lip seemingly agrees and leaves. 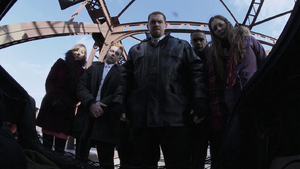 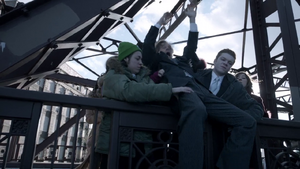